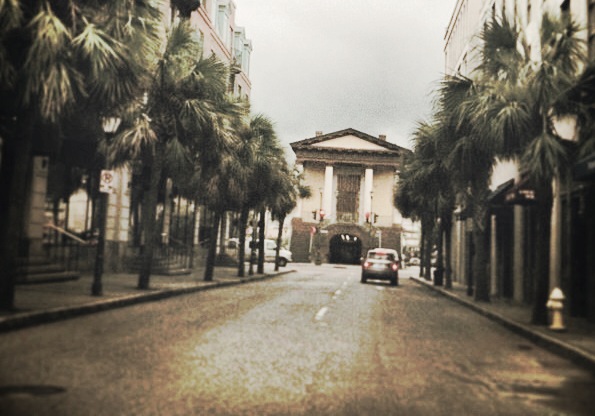 It is a fundamental principal of Constitutional jurisprudence that a law enforcement officer cannot "seize" someone without probable cause (or sometimes reasonable suspcicion based on different facts).  A traffic stop is a seizure for purposes of the Fourth Amendment to our Federal Constitution and therefore must be "reasonable", i.e. based on probable cause.  If you violate the traffic laws, you can be pulled over the police and just because someone is speeding or driving more "unlawfully" than you are is not an absolute defense.

So, what should one do if they have been drinking and have been pulled over?  The Supreme Court tells us that officers have the authority to request license, registration, and insurance and to order a person out of a vehicle.  Therefore, one should comply with the officer's request.

While officer's have the authority to order persons out of a vehicle, they do not have the authority in South Carolina to force the performance of field sobriety tests (absent in a DUI scenario involving death).  I'll say that again, a citizen is not required to do field sobriety tests.  What's the consequence for not doing the tests?  In that scenario the officer will have to use what he has witnessed at the roadside and make a determination as to whether or not he thinks he has probable cause to arrest that person.

I get this question often:  Should I have refused the field sobriety tests?"  My answer is usually yes.  However, I will say it is dependent on each particular case.

I also get asked, "I did what he asked me to do, why did I get arrested?"  This is a more difficult question.  However, the point most people are trying to make is that they did "well" on the actual tests and were still arrested.  When I watch these particular roadside videos, I usually see the person begining the test before being told to begin, not standing heel to toe while the officer reads instructions, make improper turns on the walk and turn test, and other very minor mistakes.  These people should not be faulted for these mistakes because they were not told by the officer "how" they were being graded.  For instance, if you took a Spanish test and your teacher did not tell you that you would be docked points for not using blue ink and failing to fold your paper in half, how could you be penalized for that?  That is exactly how these tests are usually conducted.  Subjects are not told the left and right limits of the exam.

Most people refuse the breath test because they do not trust the machine.  Who can blame them?  I would never trust a machine to give me a result that could determine whether I am sentenced to confinement.  If one gives a breath sample, many times that sample does not reflect the conduct of the person on the video, i.e. they do not look three times the legal limit.  In these scenarios, the lawyer must analyze the deficiencies in both the procedures and the machine itself.

A common question I get regarding breath testing is: "Why couldn't I talk to a lawyer before I took the test?"  The answer is that our Courts have held that the breath test procedure is not a "critical stage" and therefore, one is not entitlted to speak to an attorney prior to providing a sample.

The reason most people give when I ask why they provided a sample is that they blew because their license would be suspended if they did not.  This is a true statement in the sense that if one refuses the test, he or she will lose their driving privilege for six months.  If one provides a sample of .15% or greater the suspension is for one month.  What most do not understand is that they are entitled to a hearing to challenge the suspension and they are entitled to a license that allows them to drive unrestricted in this State pending the outcome of the hearing.

DUI cases are very factually driven.  In my opinion, to properly defend a DUI case, the counselor must be aware of "what to look for" and "what to ask for".  A detailed understanding of the South Carolina DUI laws is necessary to defend cases in this area.  At the Vannoy Law Office in Moncks Corner, you will receive a free DUI case consultation and evaluation.  I defend DUI cases for a living and take pride in doing so.  Please visit my website at www.vannoylawoffice.com or contact me today at contact@vannoylawoffice.com or 843-761-0610 to schedule an interview.