Lake Moultrie is an attraction to many anglers, boaters, and vacationers.  When traveling through small towns in South Carolina, one has to be very in tune to the local traffic laws.  When leaving the lake, even more caution is required.

It is not against the law to consume alcohol and drive a vehicle in South Carolina.  Our law requires there to be probable cause that person's physical and mental faculties be "materially and appreciably impaired" before one can be arrested for DUI.  However, that does not prevent law enforcement from investigating whether or not one is under the influence.

The five mile radius around a lake, beach, concert, bar, or other area where alcohol is likely to be consumed, is a great place for the local police to enforce traffic laws.  Many of my clients tell me that officers watch them leave bars and then watch them make a wide turn or fail to use a turn signal or some other small traffic violation as a pretext to stop them to investigate whether or not they have been drinking.  Our Courts have made clear that so long as a valid traffic violation occurs (and witnessed by law enforcement), police officers may stop vehicles for that purpose.  If officers have reasonable suspicion someone could be impaired, i.e. they smell like alcohol or admit to drinking, the traffic stop can turn into a DUI investigation. 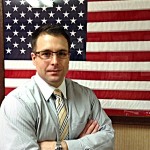 Brady is a member of the South Carolina Association of Criminal Defense Lawyers and The National Association of Criminal Defense Lawyers.  Brady defends DUI and Criminal cases in Berkeley, Charleston, and Dorchester counties along with other areas of the South Carolina low country.  He can be reached at (843) 761-0610 or through the contact page on this website.